I cannot think on a protest in complete silence. Without harangues, music, or speeches. To document such a sound context through photography —an art that behaves in silence— led me to take Polaroid snapshots at different ‘points of resistance’ in Cali, so that the protesters could write their thoughts on the margins of the photo during the National Strike in 2021.

One of the points I visited to carry out the project was the Siloé neighborhood, which is one of the places that has registered most deaths during the manifestations. For example, during the night of May 3, after an attack with rifles by Police and Army, Kevin Agudelo, José Ambuila and Harold Rodríguez lost their lives. Rodríguez’s mother cries out for justice in the last snapshot.

I also went to Puerto Resistencia (Port Resistance) —or PR, its acronym—, in the east of Cali. It was there that the ‘Monument to the Resistance’ was inaugurated, a punch more than thirty feet high that artists from the community built for ten days.

But the ‘point’ that has the most presence in the photo essay is La Loma de la Cruz (The Hill of the Cross), renamed during the protests as La Loma de la Dignidad (The Hill of Dignity), in the center of Cali. Throughout the National Strike, it was a great place for musical, artistic, and dancing events. Such was the importance of these meetings that in the first three weeks of the protest there was always a daily schedule of what was known as the “cultural strike”.

I am hopeful that this photographic sequence will amplify those voices that also sing to life in the middle of a city that has registered 44 of the 74 homicides linked to the National Strike, according to Indepaz Foundation. 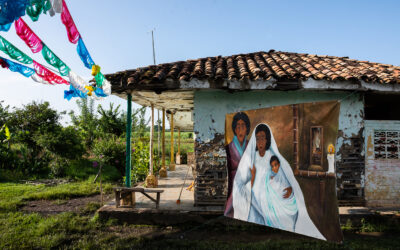 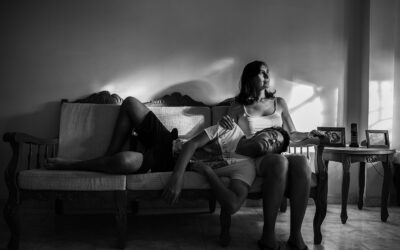 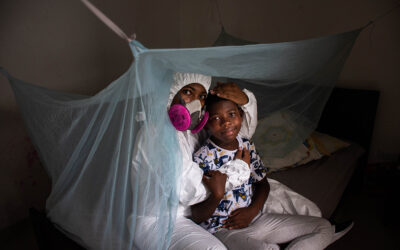 Family portraits of medical staff who has attended Covid emergency in Cali, Colombia.